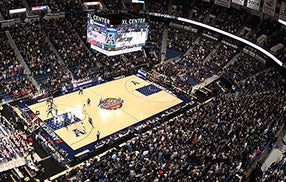 The XL Center would like to thank all of its corporate partners for their continued support. For more information regarding corporate opportunities at the XL Center please call (860) 722-9637.