The Exhibition Hall of the XL Center is made up three continuous hall spaces: Assembly Hall, East Hall, and West Hall, that can be combined or separated into a number of sizes and capacities. It also includes three dedicated meeting rooms, but has the capability to be separated into nine meeting rooms. It is a flexible space and rates for load in/out and events are available upon request. 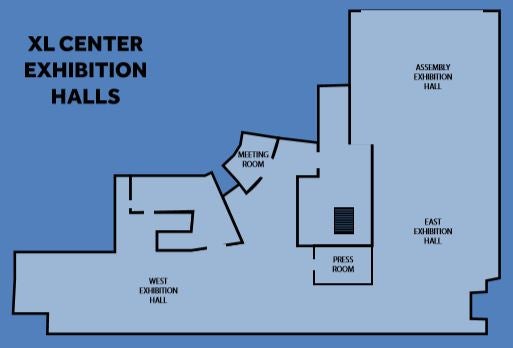